Being able to work on television shows and feature films is a dream come true. The experience of seeing the finished work on the big or the small screen can not be beaten. In this part of my website,

I want to present you the projects that I was fortunate to work on until now.

(at 00:07 in the video above) which is displayed near the end of the movie.

Guardians of the Galaxy Vol. 2

On this Project I have put a lot of time in finding the right look for the chrystal character 'Martinex'. It was especially tough since we see him in an environment with tons of blinking Neon lights.

For the snow city and the forest environment I have continued my work from Civil war in further developing my procedural shader setup. That helped in getting the shading done for hundred of assets.

I have also worked on developing the look for the Floating space amoeba.

I have worked on the shading for the Ai-ship and for the moon surface.

I also worked on a procedural shader setup in order to shade a huge amount of assets on the rooftop without having to texture them.

For Ant-Man Trixter created the presentation video for the Yellowjacket suit.

My Task was to build a shader that is used for all surfaces except for the yellowjacket.

For the Yellowjacket I have created an abstracted variation of the realistic movie shaded version. I also worked on lighting and rendering on a lot of the shots.

On Pixels I have worked on the textures and shading of both Michael the Robot and a drone.

Afterwards I was also lighting and rendering most of the shots that both assets appeared.

Marvel's The Avengers 2: Age of Ultron

My biggest task on Age of Ultron was the look-deveopment of the various Iron Legionnaire characters, including their multiple destruction levels. For half a year I had the fortune to work on those characters. I have learned a lot during this period in terms of my texturing and look-dev workflow. Textures were done in Mari and look-development in Katana using Renderman.

Other than that I was helping out in some areas of the Ultron Mark 1 character and several other props. For the "one-minute"-shot I was doing the look-dev, some texturing & lighting for the scan- and the assembly-room.

For the Zola-room sequence Trixter extended the original set with millions of digital computer terminals. I was working on the modeling and texturing of those computers.

For another scene I have textured policemen CG-doubles that are lying next to an exploding car.

For "the 7th dwarf" I have spent almost half a year modelling.

Trixter was responsible for modeling all of the characters and providing the previz-set models.

During this period I had to tweak almost every character once. But the characters that I have worked the most are the "Court Tinkerer" and "Herman the Merman". I have learned a lot about topology and 3D-modeling in general on this project.

Other than that I have modelled most of the previz -sets.

This was an interessting task since it established all the size releationships for the final scenes.

At Trixter I have worked on the first two seasons of the BBC series Wolfblood.

For our virtual wolves I was responsible for the skin and fur texturing.

On the second season I was asked to do some more anatomical sculpting and blend shapes for our 3D-model.

I was also working as a lighting & rendering artist on several shots.

For the transformation sequence I was working in a generalist way:

All the way from research, storyboarding, animatic to the final renderings.

When I started out at Trixter as an intern, "Marvel's The Avengers" was the first project I was working on. My biggest challenge was to create CG-doors for a safe with the Iron-Man suit inside. I had the pleasure to figure out some kind of locking system that looks belivable, do the animation, shading and lighting.

I will never forget the first time seeing the finished scene with sound effects and music on the big screen. To this date this shot remains as one of my favourites.

'Way to School' is the result of an university assignment back in 2010 where an object had to be digitally revived. I got the idea on my way to the cinema when I saw a fairy cycle at the kerbside.

'Monkey Business' was part of my bachelor thesis at MHMK in munich.

The whole short film was realized within 8 weeks.

’ Killing is my Business, honey ‘

Killing is my Business, Honey 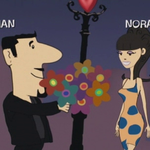 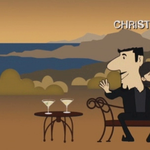 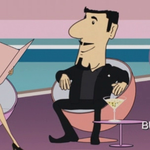 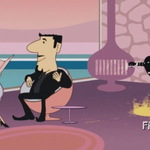 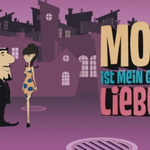 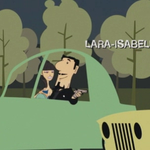 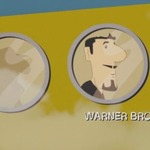 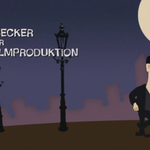 As a student I had the pleasure to land my first gig for a feature film thanks to my teacher Andy Alesik. I have worked on the 3D character models and the toon shading for the opening title animation. What an exciting time for me!